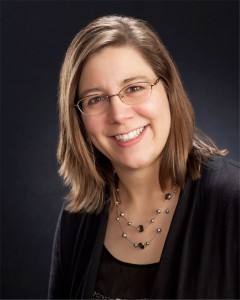 The Great River Regional Library (GRRL) Board of Trustees has appointed Karen Pundsack as the new Executive Director of the 32-library system.

Pundsack has been serving as interim director since July 2014. She joined GRRL in 1999 as manager of the Sauk Centre branch. She transferred to the Albany branch in 2002, and began working at GRRL headquarters in St. Cloud in 2009 as Associate Director of Patron Services. As interim director, she has steered the library through its annual budget process, overseen significant personnel hiring decisions, and been responsible for maintaining communication between staff, administration and board of trustees.

Pundsack was one of three candidates interviewed in person following a nationwide candidate search and a series of Skype interviews.

A graduate of Albany High School, Pundsack has a degree in Mass Communications from St. Cloud State University, as well as a Master of Library and Information Science from the University of Wisconsin-Milwaukee. She is active in various professional library associations and has been a panel presenter at Minnesota Library Association conferences.

Pundsack stated, “I am humbled and grateful to be able to serve residents in this role. I am excited to work with the GRRL staff in this new capacity to serve our residents.”