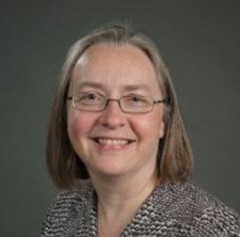 Gerri Moeller, Director of the Outagamie Waupaca Library System (OWLS) in Appleton, Wisconsin has been hired as the next system administrator for Viking Library System, headquartered in Fergus Falls, MN.

Moeller received her undergraduate degree in psychology from Lawrence University, Wisconsin and her Masters of Information and Library Science from the University of Wisconsin.  Prior to becoming the director of OWLS she was the Library Automation Manager and Technology support there for 11 years.

The current long-time director of Viking Library System, Peg Werner, is retiring after 24 ½ years of service in Fergus Falls and 18 years of library experience in Iowa.  Moeller is expected to assume her duties in the beginning of June.  Werner will retire June 14, 2017.